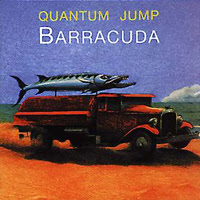 This band was the famous producer Rupert Hines serious foray into making his own band. A trio no less and a trio helped out on strings by the Penguin Cafe String Ensemble. Rupert Hine plays all keyboards here and the ex Caravan member John G Perry plays bass. Trevor Morais does the drums here. They are helped out by numerous other guest musicians too.

The music here continues from their self titled debut album from 1976. Jazzy funk. This time with a lot of pop music too. Third rate pop music from that era.

The vocals are frankly cringe worthy. It has all the disco and light pop music cliches from that era. The music is also operating fairly close to disco and commercial pop music from that era. Everything is slick and greasy. Even the woodwinds which has a horrible sound.

Frankly, this album is so bad that I have been holding of a review for a long time as I did not really want to waste a small part of my life on this horror show of an album. It is as good a turkey as you will ever find.