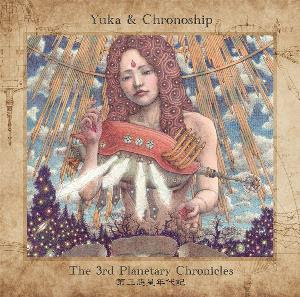 This band is on this album a four piece band with a lineup of piano, keyboards, bass, drums, guitars and some very sporadic vocals. Wordless vocals, mostly.

This album is more or less entirely instrumental. It is very ambient too and is also based on the Japanese culture and music tradition. That and the English instrumental symphonic prog tradition.

Lots of piano and some guitars are leading the melodies on this one hour long album. There is also a lot of melodic bass here. The keyboards is mostly as sound collages.

There are no really great or even very good melodies here. The melodies are fairly good throughout. Besides of using it as a movie soundtrack, which it perhaps is, I am finding difficulties in understanding where the band want to go with this album. It is a decent to good album. That is really it and I am not convinced.