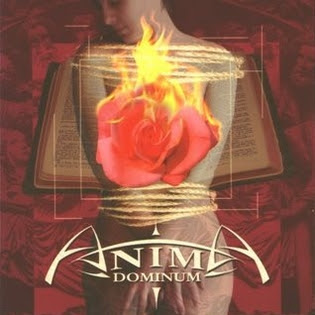 The third and so far final album from this Brazilian band.

I noted "so far final album" here because there has been rumours about a new album from them. But I don't know anything more about that. A new album would be great as this is a good band.

The band is a quartet with a lineup of keyboards, guitars, bass, drums and vocals. English vocals. A guest musician helps out with flutes here.

Anima Dominium was a symphonic prog band on their previous two albums and is that to a certain degree on this album too. I think the label "neo-prog" fits this almost one hour album better than symphonic prog. They are though symphonic enough to make a symphonic prog fan really enjoy this album. And so would a neo-prog fan too.......

The songs are pretty long with one hitting the quarter of an hour mark. Another one is over ten minutes long too.

The sound is a bit flat, in my view. Maybe a bit too compressed. That is just a small mistake. My main gripe is the lack of any really great songs.

When that is said, this is a good to a very good album. An album which will spread warmth and enjoyment to anyone into symphonic prog and neo-prog. I think it is only fair to rate this band as a hidden gem in the prog rock scene. A band who deserves a lot more attention and positivity from the scene.