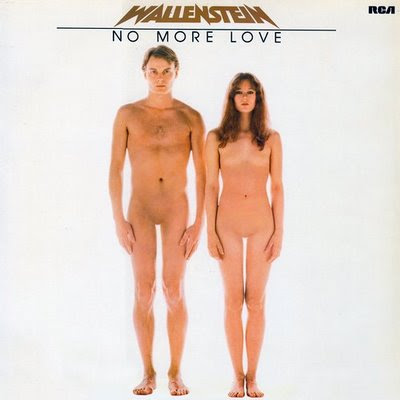 Wallenstein was a quartet on this album with a lineup of keyboards, bass, drums, guitars and vocals. English vocals.

The band had changed half of their setup since their 1975 album Stories, Songs & Symphonies. Which seems to be the normality when it comes to this band. A band impossible to pinpoint and impossible to label. A band who changed styles with each album.

The band had again changed style and genre on this album. Now, we are treated to 1970s pomp-pop/rock. That means lot of piano and vocals with some pomp keyboards and guitars. The songs on this thirty-five minutes long album is also pomp and very seriously minded.

The music is not particular complex. It is ticking along nicely with some nice and deft details.

Unfortunate, this album does not have much or any good music at all. This half an hour is as bad as the cover artwork. And that says a lot.

I love their name and I hoped this was a great band. The band has gone on to confuse me although I still rate them as a good band. But avoid this album.