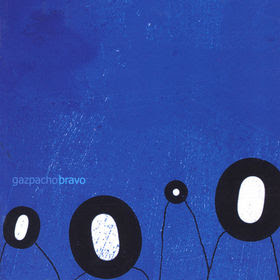 I have reviewed Gazpacho albums on and off for the last eight years, but never really this album and never in a chronological order. So that is now what I will do, filling in the gaps.

Gazpacho is a band who really defined their own sound and music. Sound and music later copied by other bands. Take a bit of the softer side of Marillion, a large bit of Radiohead and add some post rock and neo-prog. Then add Jan H. Ohme's very special vocals.

The music is created with the traditional guitars, bass, keyboards, drums and vocals lineup. The vocals are all in English.

The music on this album is very songs orientated and the songs are pretty short. Much shorter than on the later Gazpacho albums. The music is a bit pop orientated too.

The end result is a good one hour long album with a couple of very good songs, some good ones and some very dubious ones. This is a debut album and not everything works here. It is nevertheless a worthy Gazpacho album.