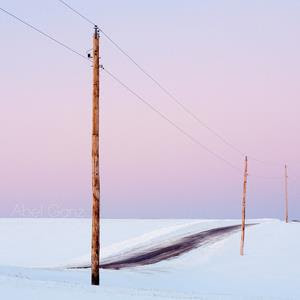 The sixth album from this Scottish band.

A self titled album popping up after a number of albums normally means a lot of changes. This is indeed the case here where Hugh Carter and Hew Montgomery has departed the scene and left Stuart MacFarlane and Davie Mitchel to carry on the flame/the band.

This normally also means a new sound and a new direction. This is also the case here although I am not sure which direction this album has taken.

Gone is neo-prog and in comes a plethora of styles and genres. From chamber classical music via AOR to world music and folk music. These sixty-seven minutes got it all. I guess the common denominator is adult rock.

I am an adult myself and I got a lot of problems with this album. An album which has borrowed the best bits from old folk rock records, and bridged that with not so good own original stuff. This album is wildly ambitious and may get some brownie points for that.

This album is fragmented and not so coherent. It is not an album I like. It is a decent album, but nothing more than that.