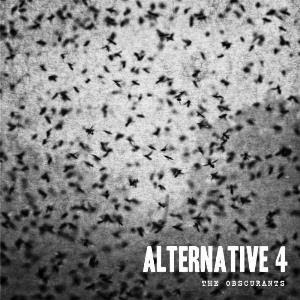 Alternative 4 is Duncan Patterson's band. He was a previous member of Anathema. I also believe he is involved in a couple of other bands too in addition to Alternative 4.

I quite liked their debut album. A pretty doomy affair. So I was a bit surprised by this album, though......

Alternative 4 was scaled back to a trio with a lineup of guitars, bass, drums, keyboards and Duncan's vocals. A female vocalist also adds her voice on a sporadic basis.

The result is a much more stripped down album. A very pastoral album too where less is more and the various instruments plus the vocals gets a lot of exposure. The piano really comes into it's own here. So does Duncan's and that female vocalist respective voices.

Less is more is what this album is all about and the result is a good album indeed. There is no great songs here. But the band has got a good platform here to expand on and I hope they do that. Writing some great songs would be the next step.