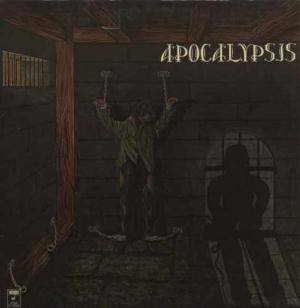 The first of two albums from this Greece band.

This band was a five piece with a lineup of keyboards, guitars, bass, drums and English vocals. And the band was/is totally unknown to me. Their album was released in the barren year of 1980, the beginning of these horrible 1980s. A decade that gave us very little and is the decade most of us would like to forget.

The band was very late to the table with their take on the more theatrical aspects of Genesis anno the Peter Gabriel years. Take a chunk of that band add a bit slice of Ange too. Then you get this forty minutes long album. Music as popular as a fox in a poultry farm back in 1980.

The vocals is pretty weak here and so is the rest of the instruments too. The music is not too bad. Indeed, there are some good stuff here. The band is not really able to carry it out though and that is the downfall of this album. An album I would rate somewhere between decent and good.