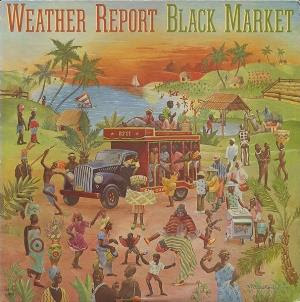 The sixth album from this US fusion/jazz band.

Of those bands and musicians originating from the fusion scene, Weather Support is widely regarded as the most dense jazz band. More jazz than rock and more jazz than fusion.

Lead by the two masterful musicians Wayne Shorter (sax) and Joe Zawinul (keyboards), the band has a musicianship bettered only by few other bands. The involvement of the superb bassis Jaco Pastorius on two tracks here makes the band even better. A band who evolves from album to album. A restless band.

Besides of the great musicianship and the great jazz which is infectious groovy and inspiring, the album opens with two excellent tracks, make that melodies, in the name of the title track and the superb ballad Cannon Ball. Great, great stuff.