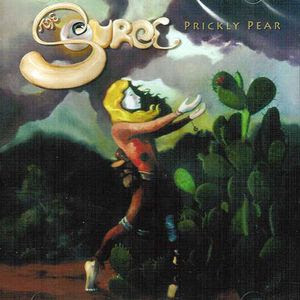 The second album from this US band. It is also their last album..... so far.

This four piece was once regarded as the great new hope in the US prog scene. Their lineup of keyboards, guitars, piano, drums, bass and vocals created a good progressive sound.

The music is pretty much in the middle of the prog college rock scene. A lot of inspirations has been taken from the art rock scene. So much that this album is much more art rock than prog rock. There is also a lot of college rock here and some folk rock. The band has also clearly been inspired by the likes of Yes too.

The sound is very American prog like and I find it a bit difficult to really like this sound. I am not the biggest fan of US prog rock.

The music on this fifty minutes long album is pretty technical with a lot of intricate melody lines and half acoustic songs. The band has taken technical prog to another level on some of the songs here. Songs which is also a long suite. The balance between the rather good vocals and the instrumental bits are good.

The end result is a good album which I hope will not be forgotten and end up in the very obscure albums category. Prickly Pear deserves a lot more than that.