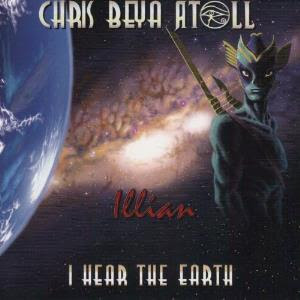 Atoll debuted in 1974 with a pretty legendary album and followed that album up the year after with another very good album. Then......... well.

The band is listed as a symphonic prog band in the always trustworthy ProgArchives. Despite of that, Atoll has delivered seven very different albums. Being a fan of them...... well, do this band have any diehard fans ? I doubt it.

This time, the leader of this band Chris Beya takes Atoll into a straight rock landscape. Straight rock with some celtic folk rock inbetween the bland rock'n'roll and pop music. Sometimes, the music is pretty hard too. The instruments are organs, drums, guitars, keyboards, bass and English vocals.