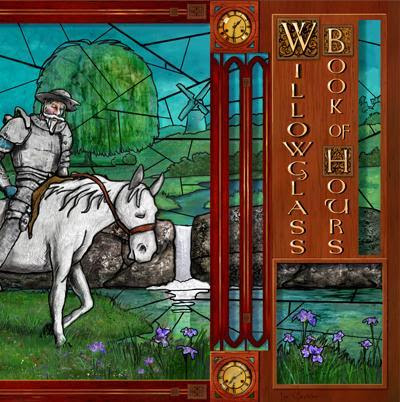 The second album from this British one man project.

Willowglass is the Yorkshire man Andrew Marshall's project. So far, it has released three albums. He is helped by David Brightman on drums on this album. Andrew plays keyboards, guitars, flute and bass on this album. That and mellotron.

The result is a fifty minutes long instrumental symphonic prog album. Comparisons to the likes of Camel and Genesis are obvious. The melodies are soaring. In particular where mellotron and church organs is used. The guitars too are very much present here.

The music is more melody based than technical prowesses based. It is changing between guitars and keyboards. That is the dynamics here. The end result is a good album which comes up a bit short. It is mostly a very solid album without any flaws of any kind. It is not terrible exciting though. But by all means; this is a good album and well worth checking out.