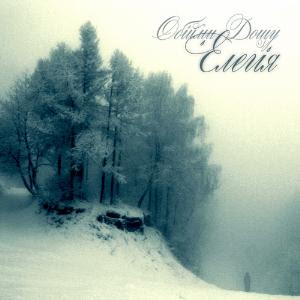 The debut album from this Ukraine band.

I remember this band from ProgArchives. Not that I remember why I remember the band. Maybe I interviewed them. I am too lazy tonight to check it out.

This eight piece band's debut album gives us almost an hour worth of melancholic progressive rock. The very dark operatic male vocals are in their mother tongue. The music has plenty of guitars, viola, violins, keyboards, drums and bass. The melancholic rock are also bordering to both folk rock and doom metal throughout. My Dying Bride and Nightwish springs to mind. So does Pink Floyd too.

The songs are long and atmospheric. They are very dark too. The vocals are very good and adds a lot to the good music here. Ukraine is in a very difficult place at the moment with sorrows and pain all around. It feels like this album is almost prophetic in this respect as it was released in 2009. It is spooky to watch the news bulletins from Ukraine while listening to this album. Maybe I should not do that.

The end result is a very good album which seriously need some more exposure. I am not that keen on the metallic guitar riffs here. But the vocals are great. I therefore recommends this album which really has a gothic, Eastern European feeling. A feeling of loss and pain.