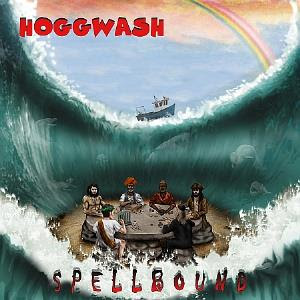 The second album from this Antony Kalugin (Karfagen, Sunchild) lead project. The other member in Hoggwash is William Mackie on keyboards. They are supported by some session musicians.

The music on this almost seventy minutes long album can best be described as contemporary epic rock with a lot of neo prog influences. The sound is great. The vocals is very good. The other musicians are very good too. The music competent enough.

Still....... there is something missing here. Great songs, a soul and identity. The music is playing on all the right tangents. It really does not come across as great though. I find it difficult to even write a review of this album because it is so competent, still very bland. There are some very good melody lines at the end. But that is after sixty minutes of generic epic rock.

This is still a good album where the band is not making any mistakes. But some soul and identity, some flashes of inspirations and the unexpected would not hurt at all. A weak three points is awarded.