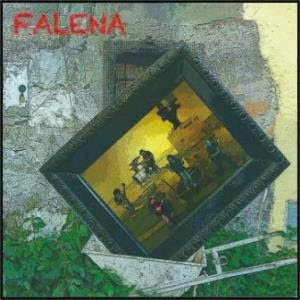 The Italian prog rock scene is in rude health. I just wish I could had been that healthy myself. Jealousy aside, the scene comes up with a lot of great bands. 2014 has seen some debut albums which makes my eyebrows moving towards the back of my head. This album is one of those facelifts.

The music is created with guitars, keyboards, flutes, organ, bass, drums and some very good Italian vocals. The band has listed Banco del Muteo Soccorso, Porcupine Tree and Genesis as their main inspirations. And yes, those three bands are good references. Add both Gentle Giant and King Crimson to the mix too. The music on this album is both challenging and eclectic. It is also very much a RPI album with it's base in folk rock and symphonic prog.

The band has not fallen for the considerable temptation of re-creating the 1970s feel and sound. The sound is contemporary while still being firmly rooted in the RPI tradition. That makes the sound here one of the better I have heard for some time. In particular the flutes sound which is excellent.

This album is a bit short, clocking in on thirty-four minutes. Then again, any flabby dead weight has been removed and only the best stuff remains. Other bands could/should also copy this idea. The result is a very good to great album. This album is missing a killer track though and that is why it only receive a very good rating from me. The album is a borderline great album though and a very, very promising debut album. I have duly noted this band and cannot wait for more albums from them.