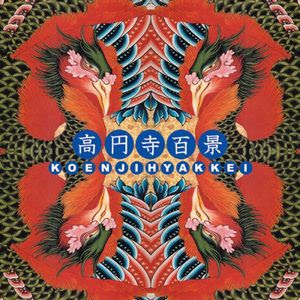 The third studio album from this Japanese band.

Koenjihyakkei's music has always been described as Magma on caffeine. Which in particular goes for their first two albums. Their music is chaotic and wild.

The band with that difficult name continues in the same vein as on their two albums on Nivraym. You get frenetic male and female vocals on the top of frantic zeuhl delivered with bass, drums, guitars, keyboards and woodwinds. The sound is pretty basic, but still delivers an almighty punch. The tempo is frantic and the tempo changes all over the place.

Despite of that, the music very much works. It is not winning any beauty contest. It still has some very powerful and strangely beautiful melodies. Most of all; the frantic pace and the multi-layered melodies really impresses me.

I would not rate this album as good as their first two albums. It does not has as good material as them. It is still a very good album from a band I really rate very highly.