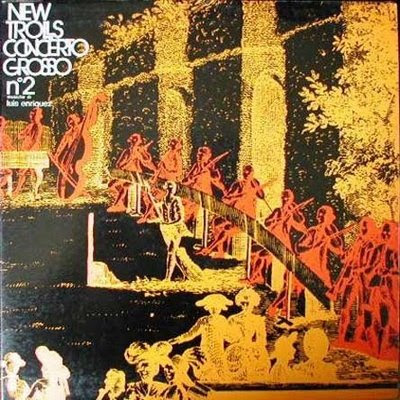 It is fair to say that their output up to now had been of variable quality. At least the band knew what they wanted on this album. An album with a classical music title. A very misleading title.

There are some classical music stuff in the beginning before the album turns down the well trodden Italian rock and pop path. You get guitars, bass, drums, keyboards and vocals here. There is no classical music like instruments here.

The sound is pretty thin and stripped down. I expected something big and got something pretty small in return. Some of the music is Italian pop from the 1960s. There are a couple of pretty good melodies here. But my impression of this album, the disappointment aside, is that this is a decent album which does nothing for me.