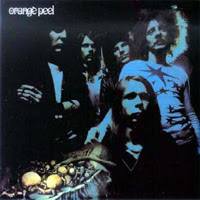 The only album from this German band.

Released in 1970, the band and the music leans heavy on blues, space, psychedelic and hard rock. In other words; krautrock as this band is from Germany.

The dominant instruments here are bass, drums, Hammond organ, guitars and English vocals. There is a lot of Deep Purple in their sound and music. Ditto for British blues. The Hammond organ and the guitars are dueling throughout this forty minutes long album. The very good powerful vocals rests on the top of the music.

There are four songs on this album, including a cover version of the old blues standard Tobacco Road. The best piece here is the twenty minutes long opening track which has a lot of dueling guitars and Hammond organs. A pretty spaced out track in the best krautrock tradition. Taken into account the good 1970s sound, the end result is a very good album. It is a sweaty, infectious album too which will please all fans of real krautrock. It comes highly recommended.