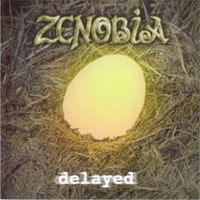 The second and so far final album from this German band.

Their first album October was a nice neo prog album with a lot of good ideas and songs. So I hoped I got some more or even something better than that album. An album where they build on October.

Well, that is not what Delayed are. Well, in fact it is that. But in the wrong direction. They have gone more down the vaudeville rock path with a lot of straight rock and pop too. The music is produced with keyboards, guitars, bass, drums and English vocals.

The music is pretty good. There is no songs that stands out or are interesting. For me, this sounds like an art rock album gone a bit wrong. It has become a bit dull and the band has not pulled it off.

This is another decent album and I hope the band will return again with another try.