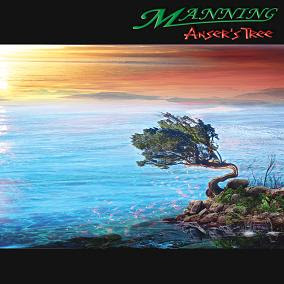 Anser's Tree is the first of two albums who deal with Margaret Montgomery's family. The second album Margaret's Children from 2011 was more an accident by birth and Guy had no plans of making this history into a two CDs series.

Manning has their own style, dominated by Guy's vocals. Vocals that not everyone likes. I think they are great so no problems there. The music is also drenched in keyboards on this album. More keyboards than usual on an Manning album. But we also find guitars, mandolin, fiddles, bass, drums and woodwinds on this album. An album with a great sound.

The album opens with the best song of the album and one of his best ever songs. Margaret Montgomery is the name of this song and it is a great song. The quality falls a bit after that on this one hour long concept album. The concept itself is very interesting and I have myself touched the same strings in my new novel.

The end result is a very good album from Manning which proves that Guy Manning & Co is one of the most interesting artists and bands in today's scene. All Manning albums should be purchased as a matter of principle.