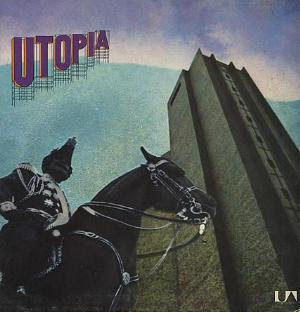 A strange band who were and were not Amon Duul II during the Wolf City recording sessions.

Utopia is a forty minutes long album with some very quirky, happy mental asylum kind of krautrock. The mental attitude is like a Gong album, Daevid Allen wise. But with German humour and style. Very quirky with a lot of fusion too. Yes, Gong is a good reference here. I have heard Passport also been mentioned as a good reference too. It is ages since I have listened to Passport so I cannot really comment on that.

The end result is a zany krautrock album full of German humour. There is no really good stuff here. Just some German in a hippie mood. A decent album it is with some decent songs.