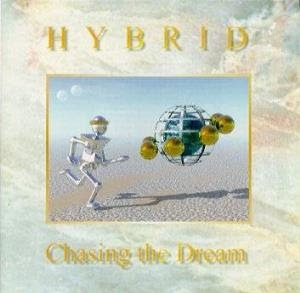 The rather successful neo prog scene spawned a lot of now household names and a lot of not so household names. The trio Hybrid is forgotten by most people, I believe. Very few reviews around too. The right sort of band for my blog, then. I got both their albums.

The very long guitar solo on the seven minutes long Dreaming Of Sanity is the best piece of music here on an album which is sorely lacking in originality but who still offers up some good neo prog. There is no real bad songs here too. No songs which makes me blush in shame. The sound is very much the 1980s and 1990s neo prog sound with keyboards, guitars, drums, bass and some not too bad vocals.

The end result is a decent to good album which sounds a bit dated. Fans of Pendragon should get this album.