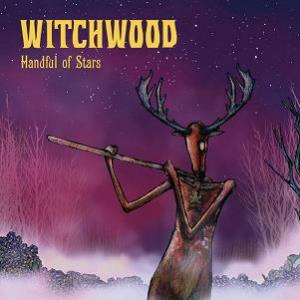 The band is a six piece big band on this album with a lineup of guitars, bass, drums, organs, flutes, harmonica, synth, moog and English male vocals.

I very much liked their 2015 debut album Litanies From The Woods. Good hard rock in the 1970s style.

The band is following up with more of the same stuff. Take a bit of Led Zeppelin, Lynyrd Skynyrd and add a lot of blues and psychedelic rock too. There is a considerable amount of Black Sabbath, Blue Oyster Cult and The Doors influences here too. There is a lot of hard progressive rock here too. Not too mention stoner rock too.

The whole mix is very 1970s and pretty hard rocking. But the band also has a lot of brain and finesse. This is not just rocking out and banging heads into a wall.

The final song, the title song is a psychedelic song. The rest is much more harder edged. The band has also done a Blue Oyster Cult cover in the form of Flaming Telepaths from their Secret Treaties album. It is a bit of an oddity on this album.

I am not really won over by this forty-five minutes long album. It is an OK throwback to the 1970s. The band has not come up with the good songs here. The inclusion of the BOC cover is odd to say at least. The rest of the album is decent to good. This album is a backward step for this band.