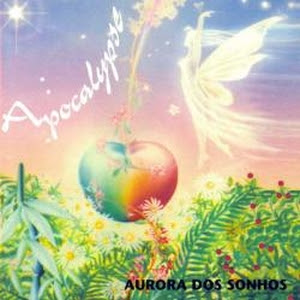 The band was a quartet on this album with a lineup of guitars, organs, drums, piano, bass, synths and Brazilian vocals.

I like this band and you will find the recently added reviews of their debut album here and their second album here.

I was not entirely pleased with their two previous efforts as you can see from my reviews. But they have pulled together and come up with their third album.

Their vocals is still dodgy and I agree with those who think the band should have got a far better vocalist on this album.

This album still retains this Latin-American progressive rock sound. A sound taken from the 1970s pioneering symphonic prog bands from this continent.