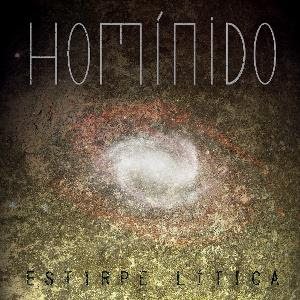 The band is a quartet with a lineup of percussions, drums, bass, guitars, keyboards and female Spanish vocals. Two guests also provide trumpet and violin.

The band is a continuation of another Chile band called La Desoorden. That jazz/fusion band released five albums between 2001 and 2012 before they split up. The founding members of that band is now Hominido.

Hominido has so far released two albums. This one and the follow up in 2016.

From what I also understand, Hominido and La Desoorden are also two very different bands when it comes to music too.

The music on the seventy minutes long is eclectic crossover prog. That means a lot of jazz and eclectic prog with some prog metal thrown into this mix too.

Eliana Valenzuela vocals is really good. The music is at times very jarring and a bit dissonant. The use of trumpet and guitars on prog metal riffs are interesting and very refreshing. Not to mention; good.

I rate this as a good album because it really has a lot of good things going for it. So check it out.