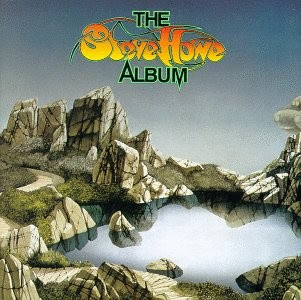 The second album from this English guitarist.

Steve Howe did all guitars, bass and vocals (on one track) here. He had company of half the Yes, a female vocalist, a symphony orchestra and some keyboards and violins here.
Roger Dean did the art-works as we can see.

The Yes and Asia guitarist continues to showcase his guitars and his own skills on this album. Skills as both composer and guitarist.

He does vocals on one track here and he is as bad as always. His vocals is terrible.

The music is a mix of Yes like songs, a couple of Asia like songs and some pseudo-classical stuff with his guitars and strings in the background.

Listening to both this album and his first album, I just get the feeling that Steve Howe is so much better in a band than on his own.

When that is said, this is not a bad album. The first part takes us through a Yes like landscape with vocals and it all. Steve Howe also contributes with slide guitars here. Yes-light is what this is all about. And it is really some good stuff here.

The final half is about pseudo-classical stuff with Steve Howe's guitars on the top. And it is some rather good compositions.

The end result is a good album and one Yes fans like myself really would like. And I like this album.
Check it out if you love Yes and want to check out one of the most prolific guitarists of all time.