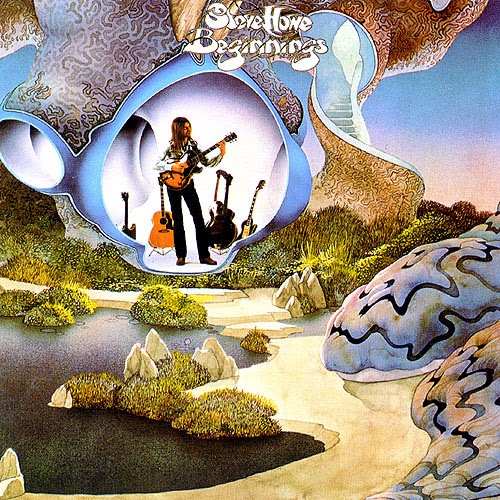 The debut album from this English musician.

Steve Howe is most known as the guitarist in Yes and Asia. That amongst other bands. But he has also released 20 + solo albums. I got his first two albums and are reviewing them.

On this album, Steve does the guitars and the vocals. Countless others does bass, drums, harpiscord, keyboards, synths, strings and woodwinds.

I think Yes were on a small break when Steve Howe recorded and released this album. It was released between the Relayer and the Going For The One albums. Yes, these two Yes albums.

Steve Howe made some decissions on this album. His, by far worst decission, was to do the vocals. To put it plainly, his vocals sounds like a lovesick barn owl. And that is not a compliment. I have heard some really bad vocals in my life and Steve's is one of the worst ones.

Those vocals destroys the very good Yes like song Australia. The vocals makes the listener of that song into a shivering wreck.

Yes, there are some Yes'ish songs here. There are also some classical music here with one of Steve's many guitars on the top. He uses a lot of different guitars on this forty minutes long album. That on a wide variety of music expressions. From symphonic prog to pop, weirdo rock to classical music.

The end result is a decent album where Steve shows of his guitars and how good he is on them. Pity about the vocals..... His first and last album with his own vocals, I have been told.

This is a decent album.