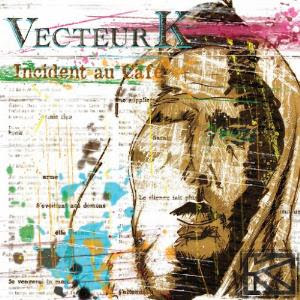 This French-Canadian band to be more precise. I guess these French speaking Canadians have their origins in the Quebec province.

The band is a four piece band on this album with a lineup of guitars, keyboards, bass, drums and French vocals.

The band has a French attitude and sound, too. Although there is a lot of Rush heaviness here, Ange also comes into play throughout this album. The music on this one hour long album is mostly pretty heavy. Heavy but not as in progressive metal. Hard is perhaps a much better phrase than heavy.

There is also a lot of jazz in their music. That and a lot of influences from Jacques Brel. Yes, Ange is as good reference here.

This band has taken all this and has made it a lot harder and more contemporary. The use of half-acoustic guitars makes this a pretty special album too. This band is indeed a special band too. Something they demonstrated on their 2009 debut album too.

What this album so sorely missing is the good melodies and hooks. It has not much of that. Instead, this album is running around with a lot of purpose, but not much quality.

I really love their attitude and style. The music........ well, the lack of any good songs is an issue I cannot ignore. Hence my verdict. I just wish the music was so much better.