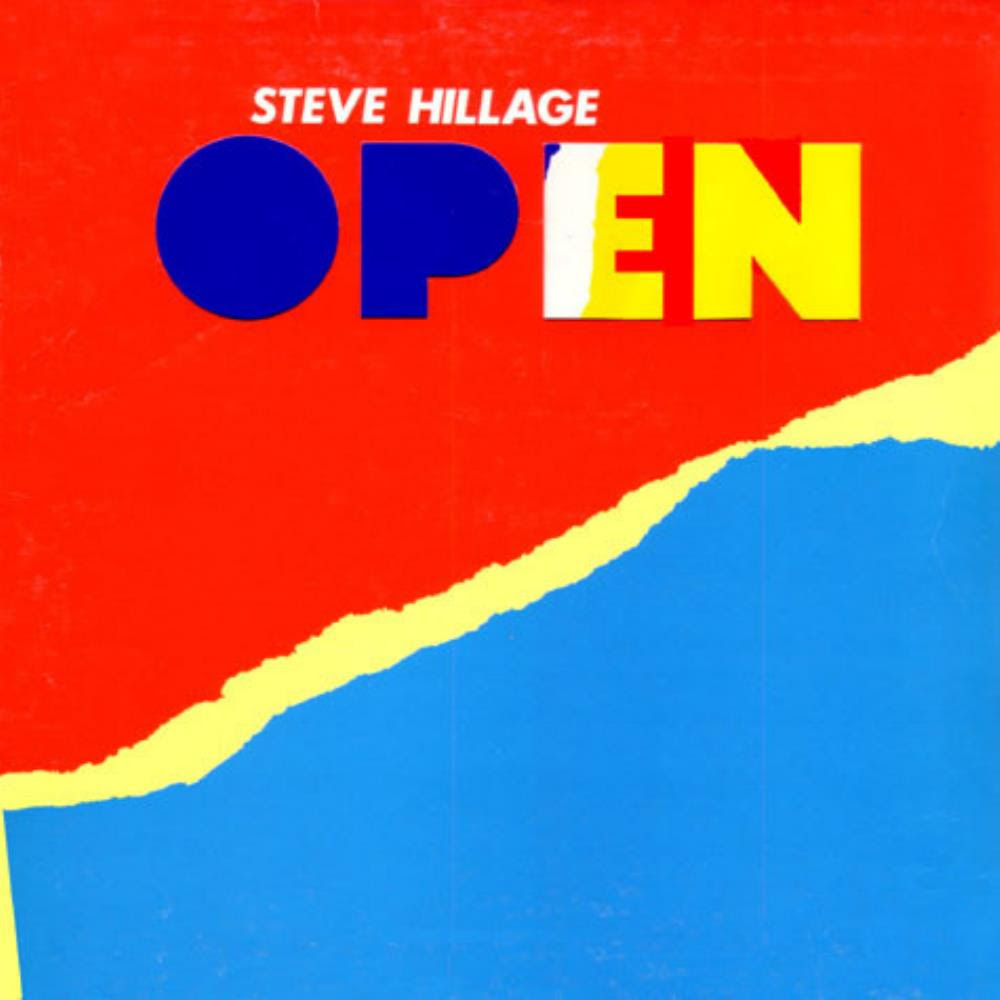 The sixth album from this English artist.

Nick Mason from Pink Floyd is the producer here and Steve Hillage has got help from six other musicians. All of them with Canterbury associations. Dave Stewart is the most known of them.

I have bypassed his previous album Rainbow Dome Music as I cannot stand that type of electronica. I would have given it a one point review and Steve Hillage deserve better than that. So no review of that album. Hence, I have jumped to this album.

Open is to a large extent an summary of everything Steve Hillage has been doing. It goes from Canterbury prog to punk, electronica, jazz and space rock. There are references to the likes of Space Khan and Gong here. Plenty of references.

There are even some punk like melodies here. Yes, punk can be melodic too.

The common theme here is Steve Hillage, his guitar and his vocals. That is the thing that binds this album together. A forty minutes album with a rather very bad taste cover artwork. Yes, I cannot stand it.

The result is a very diverse album that has some really bad things and some really good things. I am in doubts..... I like most of this album though and would award it a weak good award. The point is that, the pling-plong album Rainbow Dome Music excluded, Steve Hillage has always let his personality shine through. There is a heck of a lot convictions in his music. Even when he is barking up the wrong tree. Something he does a lot here.