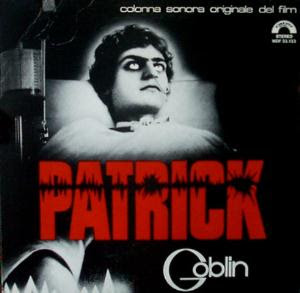 The band was a four piece band with a lineup of keyboards, percussions, drums, bass and guitars. All music is instrumental.

This is the soundtrack for the Australian scary movie Patrick. A movie quite popular and now re-released on Blue-Ray. It is still available on DVD too. I am not that tempted as this is not really my kind of movies.

The movie is also a semi-classic and a cult-movie.

.....Which cannot be said about the music.

As a stand alone album, this album does not offers up much value. The frequent use of piano and keyboards adds a lot of ambience here. This album is almost a new-age album at times.  There is a lot of sinister moods going on here.

The music is decent enough though and in it's own right a far from horrible album. It is a decent fifty minutes long album. This is not one of their best albums.