Backhand - Through The Turbulence (2014) 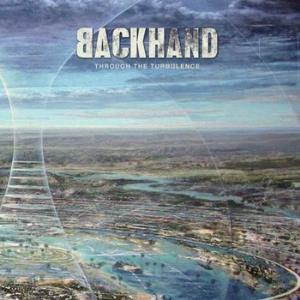 The one and only album from this band from Venezuela.

Backhand is a five piece band with a lineup of drums, bass, keyboards, guitars and vocals.

The band was a kind of a Venezuela supergroup where all members was and still is involved in other projects. From jazz to doing TV and film scores.

I am not sure why they did record this album though. But it is my understanding that it is a labour of love and something they had wanted to do for a long time.

Oh yeah, that is pretty obvious.

This album is almost eighty minutes long. Yes, that is one hour and twenty minutes. Which makes me believe this album is a one off album where everything recorded has been included. I don't think we will hear anything more from this band.

Which is not that big shame. The band has some great musicians. There is no doubts about that. But the art of creating something original and some good songs has escaped this band.

The music is so mainstream rock and hard rock that it is impossible to detect any originality here. Even the suites here does not shine. There is not much here which makes me smile. A bit soul, creative quality and personality in addition to the musicianship would had made a huge difference here.