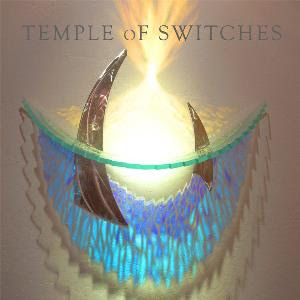 This four-piece is from Buellton in California. Their lineup is guitars, bass, drums, keyboards and vocals. The album can be listened to or even bought from their Bandcamp page.

I have to admit that this review has been long coming as I have been unsure what to mean and put into this review for a very long time. But here I go....

The basis here is neo-prog. US neo-prog, that is. Which is an entirely different beast than their counterparts in UK. Or in Germany and the rest of Europe.

Everything is bigger and more fat in the USA. Which is proven true on this album. Their sound is fat and so is the music. Take the piano and the vocals. Take the guitars and keyboards. Fat as in....... a burger from a Texan steakhouse. Big, bold, brash and fat. That is the music here.

Unfortunate, the music sometimes becomes a very banal and teenybopper like. Which does not please me at all as I have got a nasty allergy towards banal teenybopper music.

The rest of the album is pretty intelligent and well made. Clocking in at fifty-four minutes, this is by no means an overkill.

The lack of any great tracks is my main gripe. That and some banal melodies. Besides of that, this is a decent to good album from a band who should be encouraged to give it at least another try.