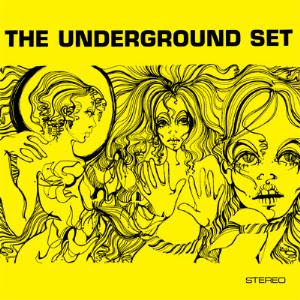 The debut album from this Italian band who went on to release one more album before they quit the scene. This band is more or less the same as the band Nuovo Idea. On this album, the lineup is the same.

I still have not heard a tone from Nuovo Idea. Their albums is still on my to-do list. My impression though is that they were a much more Italian prog band than The Underground Set.

What we get on these forty-five minutes is guitars, bass, drums and organs. The music is instrumental beat, blues and hard rock from the late 1960s. No less and no more.

There are some good ideas on this album and the sound on my re-mastered version of  this album is good. The lack of any vocals and some good songs makes this album a bit hard to swallow. The music is also mostly hard rocking. It is a bit of an original album due to being mostly instrumental. That aside, this is a decent album which I don't think will appeal to many of you.