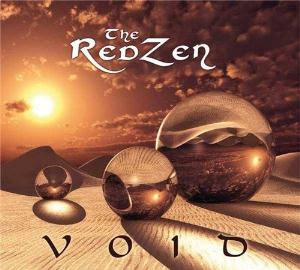 The RedZen is/was a four piece band with synths, sitar, guitars, bass, drums and the occasional vocals. The vocals is performed by a guest vocalist.

Most of this fifty-five minutes long album is instrumental. I would label it as a crossover between prog rock and fusion. The occasional sitar adds some Indian and Eastern Asian flavour to the album. Most of the album is very much synths and guitars focused. It is rooted in the USA as it has a pretty rampant US fusion and AOR sound. The vocals also adds a lot of AOR to this album.

I have to admit I don't really find this album interesting at all. Yes, the musicians is very good in a technical sense. The problem is that there is a lot of bands and albums like this. Clever on their instruments, but not so clever when it comes to writing good music. The AOR influences is also not something I am falling for.

The end result is a decent album and nothing more than that. It is also a dull album in my estimation. Take more chances next time and sort out the art of writing good and inspiring music.