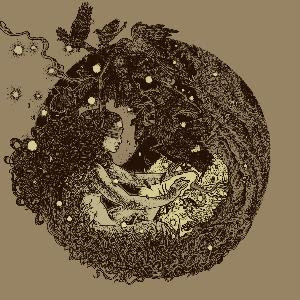 The fourth album from the US musician Jeff Sanders & friends.

I know nothing about this band and just picked this album in an internal lottery I got among my albums. A lottery to add plenty of spices to my life. Which it has done in this case.

Take plenty of melancholic, almost atonal vocals by Jeff Sanders, add some acoustic guitars, violins, keyboards, drums and bass. That is when you get this album. Actually, that is not quite right. The music played here is a kind of dark rock. It is not as proggy as Van Der Graaf Generator. Nevertheless, fans of that band will quite like this album.

The music on this twenty-six minutes long album is pastoral and softly spoken. The music is also good throughout. I find myself really liking this album. An album which I really feels is coming from the mountains in USA. The Appalachian mountains, to be precise.

This is a good album with a lot of class. It comes recommended.