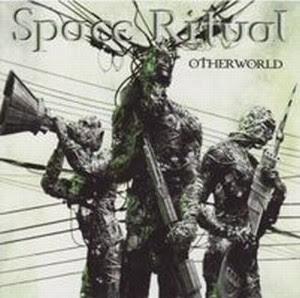 The debut album from this UK band.

Space Ritual is an offshot of Hawkwind. Nik Turner is the vocalist, saxophonist and flute player. He is helped by numerous other musicians here. They are carpet bombing us with guitars, vocals, bass, drums and keyboards.

It is said that this album is as good as any Hawkwind albums. I have only heard their latest albums and a reviews run through of their discography is scheduled for later this year or next year. The music here is pretty similar to the two last Hawkwind albums, yes.

In short, this is a muddy space rock album, clocking in at over sixty minutes. The songs here are good and the album has a good hippie space rock feel and sound. The lack of any great songs is the album's undoing. Besides of that, this is a good album.