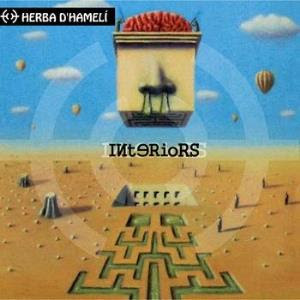 The sixth album from this Catalan, Spanish band.

I once championed this band and reviewed their first four albums in ProgArchives. I also interviewed them. Then I lost contact with the band and their albums. Their fifth album Girafes A Siberia has yet to be purchased by myself.

The band started out as a pure-bread Catalan folk rock band before they went much more symphonic prog in the vein of Genesis on their fourth album Inversa Visual.

The band seems to have landed on a half way house between symph and folk prog on this album. A album where the band is a six piece. The lineup is guitars, keyboards, flutes, drums, bass and Catalan vocals.

There is still a lot of Genesis in their sound and music. But the band very much got their own style and has also incorporated a lot of fusion into their new sound/style.

That would had been absolute great and my wildest dream if the band had written any great stuff on/for this fifty minutes long album. They have not. There are some sporadic flashes of greatness. Mostly when the keyboards and the flute is being let loose. But there are not enough greatness to go around here. The album also finishes as a damp squib.

Nevertheless; this is a good album from a great band. A great band who can do a lot better than this album. Keep an eye out for their albums, old and new.