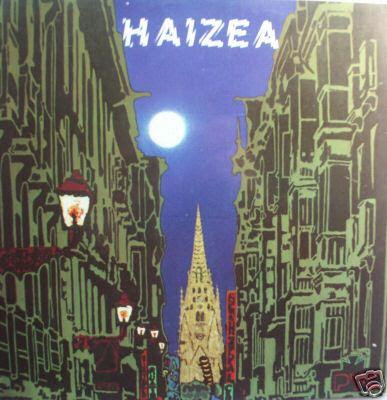 The second and final album from this band from the Basque province in Spain.

Or maybe it is the Basque nation ? Spain is a bit difficult to understand as it is more a federate state of various nations and provinces. Kind of USA to a large degree.

Haizea was a five piece band with a lineup of guitars, bass, drums, percussions, xylophone, flutes and vocals. They played a sort of folk rock.

Spanish folk rock can mean a lot. Some of it is very folk music dominated. Others are more rock orientated. Haizea is more leaning towards rock with a clear emphasis on melodies and songs than on typical Spanish folk music. The music is in their local language and the music is pretty lyrical.

The music here is based on acoustic guitars and flutes. That and the vocals.

The music is also pretty good. It has a good vibe too. I am still not really a big fan of Spanish folk rock so I have my reservations. There is no real good song here either. This is a decent to good album.