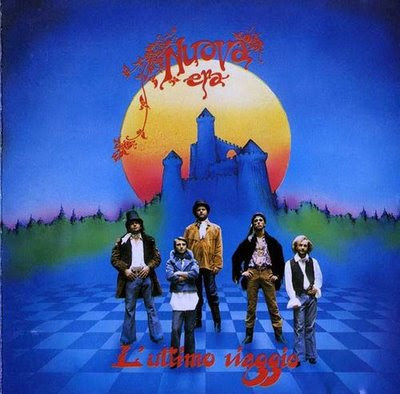 This band is claimed to be one of the best new era (nuova era) RPI bands. It is more than strange that I have more or less heard not single tone from them before now. I have had this album and a compilation album for a couple of years, but they have never come up on the top of my looooooong list of to-review albums.

Which is a pity because the band showcases what RPI really is on this album. Take a great chunk of ELP/Le Orme here, add some heavy Italian prog, jazz and some Italian folk rock too. That is when you end up with an album and a band like this.

The music is performed with guitars, keyboards, bass, drums and Italian vocals.

This album has then taken this and developed this into some highly interesting forty minutes of great music. Everything here hits the right note in my view and I really love what I hear. Everyone into RPI should get this album and I am myself scrambling around to get their three other albums too.