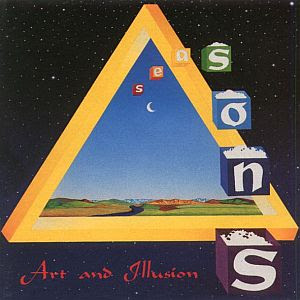 I have to admit I have been grossly underwhelmed by their previous two albums. They were both operating in the turkey yard area. Terrible albums, in other words. My expectations for this album was .........zero.

The band is still a four piece on this album. The lineup is keyboards, guitars, bass, drums and English vocals. That with some added guest instruments and musicians. Nothing exciting in my books.

The result is a pretty melodic and not too shabby one hour long album. The Genesis pastisj at the end of the album is pretty bad, though. This is a decent album.