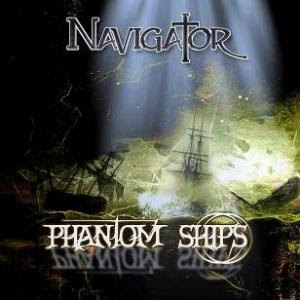 Navigator is a four piece band and the lineup is keyboards, guitars, bass, drums and plenty of vocals. The typical lineup for neo-prog and other melodic prog sub-genres.

This album is indeed melodic. References are Genesis, Pink Floyd and Kansas. The album has a very US sound too with plenty of piano and keyboards. The songs are pretty melodramatic and not overly technical. The emphasis is on melodies. Good melodies. Great melodies. There is a lot of long and soothing guitar solos on this album and a lot of very good keyboards runs.

The band is also creating sound paintings in the same vein as Pink Floyd. They are trying to do that. Not with total success, but it is not for the lack of trying. The vocals from Marcangelo Perricelli is good and suitable for the music.

The opening suite Life has some moments of greatness. The title track is heavy influenced by Genesis from their Trespass era. The rest is somewhere inbetween the three above mentioned bands.

Navigator is not breaking new ground with this one hour long album. It is still a very good album which will get them a lot of new fans, myself included. This band has something and I will check out their first two albums.