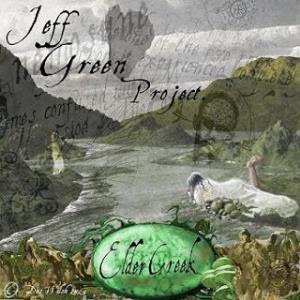 The second album from this Irish-US musician and the follow up to Jessica from 2009.

Jeff Green has got together a band/project this time. To his guitars, vocals and mandolin, you can now add keyboards, female vocals, bass and drums. Sean Filkins and Alan Reed also makes an appearance here.

Elder Creek is a concept album about becoming old and the memory loss in old age. A very good concept too. The music is very emotive and is following that concept.

Besides of some heavy stuff, there is also a lot of more reflective pieces here. Even some ballads kind of emotive songs.

I am by no means a fan of this type of albums. I have been won over though. It is impossible not to be won over by an album like this one. Jeff Green knows what he is doing and that is to make very good albums like this one. Please start work on a new one and release it as soon as you can, Jeff. We need you. In the meantime, the rest of you should get this very good album.