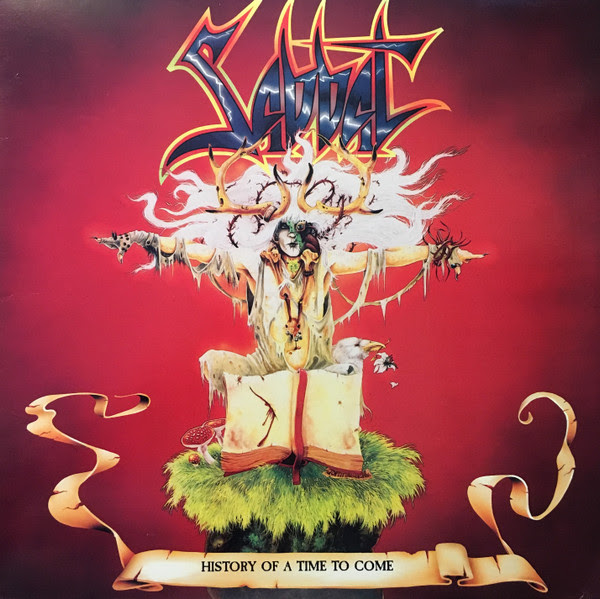 A pre black metal album released well ahead of it's time. Hence, it is sadly overlooked.

Sabbat was the first band for the star producer Andy Sneap. Back then, a highly talented teenager guitarist. Sabbat was also Martin Walkyier's first album. He went on to form the far more successful Skyclad after he left Sabbat. Those two very much dominates this album. Andy with his excellent guitar sound and Martin with his excellent vocals.

On History Of A Time To Come, we are treated to some delightful excellent songs. Stylewise, they are somewhere around heavy, speed and thrash metal with Venom and Slayer as distant relatives. But their music is tinged with folk music too. Their music has this very typical English sound too.

Each songs are really great in their own right. Most of them very theatrical and bordering to absurd. But the excellent guitar sound saves their bacon every time. The hatred which Martin spits out in the songs are also pretty punk like too. In short, this is one of a kind album whose sound has never really been replicated. Not even by Andy Sneap himself on others albums. This is for me one of the truly great British metal albums and highly recommended.