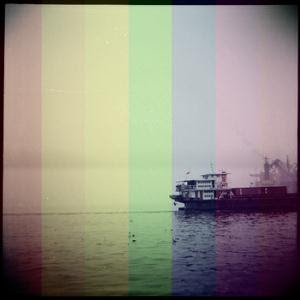 Progressive rock from China is not the normal fare. But in popularity, Rainbow Danger Club is in the top five of the most popular bands in our archives. If not the biggest band, that is. In China, this band is a huge band.

After repeated listenings to this EP, I can understand why. Their Chinese fans deserves credit for their excellent taste in music.

The music on this album is more or less described in the title itself. This is new, modern art rock with a lot of nods towards Radiohead and Marillion (post Fish). The sound is excellent. The music fleshy, dynamic and really melodic. A song like We Can Be Friends is a potential hit and should be on every proghead's playlist, sooner or later.

There is no real weak tracks on this album. It also functions well as one piece of music where the songs flows into each others. The musicians does an excellent job and so does the Matthew Bellamy sounding vocalist too. The music is performed with the normal setup and with a trumpet adding some xtra flavours too.

There is no doubts in my view that Rainbow Danger Club is a massive talented band who would be big in any territory they tried their luck in. They really deserve the success in China and I hope they will soon visit these shores too.

In the meantime; get this EP.