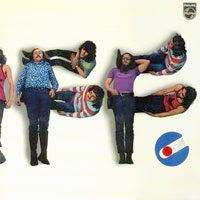 Wow !! The debut album by this German band really hits the right notes.

The songs relies on woodwinds, keyboards, guitars and some sitar and tabla. The woodwinds reminds me a lot about Elton Dean.

This album is an eclectic album and the overall quality is great. The sound is vintage and adds a lot of xtra texture to the music. This is an album Soft Machine fans should not miss out on.