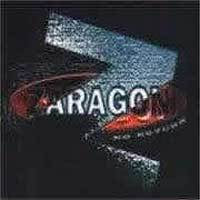 The one and only album from this Danish band.

1984 was in the middle of the dark ages for progressive rock and most of the music scene. Iron Maiden's Powerslave and their live album Live After Death is the only positives from that year. None of them were prog rock albums, though. The scene was on a life support machine back then. It was as cool as rabies.

But Zaragon gave it a try with an album which is supposed to be a symphonic prog album according to ProgArchives. Hence, it caught my attention. ProgArchives, as reliable as they normally are, does not always get it right. This forty-five minutes album may be symphonic prog anno 1984. But not anno 2014 or even anno 1974.

What we get here is a very good vocalist backed by a band with guitars, drums, keyboards and bass. The music is halfway cool rock with a lot of West coast influences. There are also some fusion and funky bits here. That and some prog rock influences.

The end result is a decent album and nothing more than that.