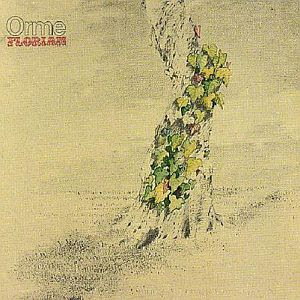 The tenth album, or the ninth album from this Italian band if you take away the English version of the Felona E Sorona album.

The band has always been a great Italian symphonic prog band..... up to this point. Florian sees a bit of another side of this band, though. This is still prog rock, but from another angle.

The band has thrown away all their electrical instruments on this album. Aldo Tagliapietra's excellent vocals is the dominating instrument here. Around his voice, we get cello, acoustic guitars, piano, harpsichord, mandolin and violin. The album has a lot of medieval feelings and is in essence that. A folk medieval album.

This very much draws comparisons with Angelo Branduardi's many albums in this genre. Le Orme is a bit more instrumental focused than Angelo again. Besides of that, the similarities are many. This is by no means a symphonic prog album in the vein of the earlier Le Orme albums.

The end result is a good album which I respect. Aldo's voice and vocals is the big plus here. There is no real great tracks here though and the album is too similar to Angelo Branduardi's many albums. It is a weak good award.