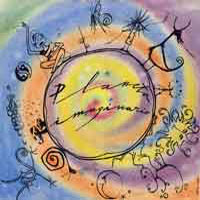 Spain has produced a lot of good jazz and fusion bands during the last fifty years. The seven man strong Planeta Imagionario from Catalonia is one of these bands. They were formed in 1999 and has so far released three albums.

Que Me Dices is a pretty traditional fusion/jazz album with plenty of woodwinds, drums, bass, some guitars, synths and piano. There is even some pan flutes here. The synths are more in the background and works as the support for the guitars, piano and woodwinds solos and melody lines. Ditto goes for the bass and the drums. The guitars are both half-acoustic, electric and acoustic.

Style wise, this album is a mix of fusion and jazz. The guitars drags the music in direction of fusion. The woodwinds drags the album back to jazz again. This is a good thing in my view.

This album is a more than acceptable debut album and heralds a band I would like to hear a lot more of in the future. There is no great pieces of music here though. It is a good album.