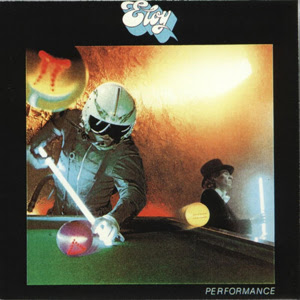 The eleventh album from this German band.

The 1980s and the MTV era was all over us. The kraut and prog rock era was behind us. That is how I would read this album. Gone has the long spaced out epics. In comes the shorter and much more commercial, 1980s style, songs.

The songs are pretty short on this forty minutes long album. They also reminds me a lot about Saga at times too. There are some echo boxes and techno stuff here. That was very popular in the 1980s. Ditto for the synths they are using here. Some of the songs are almost house and disco pop. It is so plastic fantastic.

There are a couple good songs here though. The sound is not too bad and this album is by no means a disaster. It is just pampering to MTV and the pop audience ala 1983. I don't think that was necessary. Then again, bills had to be paid and stomachs had to be filled.

The end result is a decent to good album and the weakest Eloy album I have yet to hear.