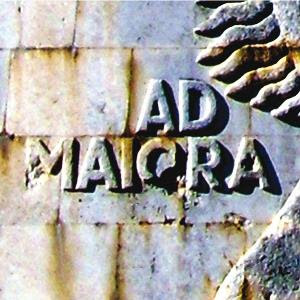 The Italian progressive rock scene has probably never been stronger as it is now. Much stronger and better than in the 1970s. There is a lot of new blood in the scene. This band is one of the new blood bands. Although the average age of the band member seems to be in the 50s. Which also seems to be the trend in Italy. Don't buy a motorcycle. Get a prog rock band together instead. I agree with that sentiment !

Ad Maiora is a bit untraditional album as most of the music here is instrumental. Take a chunk of Trion and ELP and you get this album. You can also add some Genesis to the mix too. The keyboards and guitars is leading the attack followed by bass and drums.

Then we have a couple of vocals songs too. That include a version of the Gershwin evergreen Summertime. I am not sure what their not exactly sparkling version of that classic is doing here. But it fits reasonable into the rest of the album. The other songs is better though.

The music is both laid back and hard at the same time. This is a very special album. A very original album where the band has shown the middle finger to all conventions. When you are fifty years old, you are perfectly entitled to show us the middle finger. I think this is a great attitude !

Unfortunate, I don't think there is much greatness here though. The seventy minutes is ticking along nicely on this good album. The band is a very welcome addition to the scene though and I hope they will continue what they are doing.